Blog » Application Development to dominate the IT market in 2015

2014 saw the progression of mobile app market from smartphones and tablets to Internet of Things and wearable version of portable devices. The focus of business analytics has shifted to Application analytics and mobile app marketing. The rise in the demand of smartphones and the continuous combat of business houses to engrave their visual imprints in the minds of consumers through ubiquitous applications are the indications of the fact that Application Developers are going to rule the roost in the coming years. 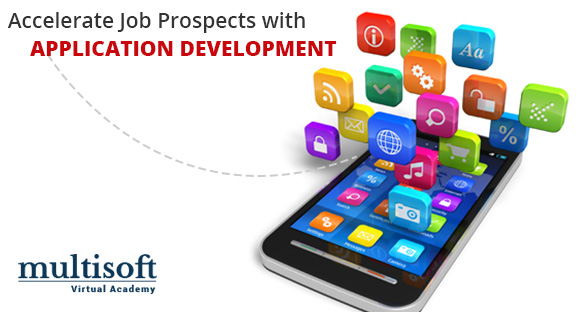 The year kicked off with a promising overture registering burgeoning dispersion in the mobile shipment volume further adding to the last quarter’s unprecedented records. International Data Center (IDC) reports shows a staggering number of 334.4 million smartphones that were shipped in the Q1 of 2015. The numbers recorded a growth of 16% from the 288.3 million in the Q1 of 2014. Android led the pack reasserting its dominance in the application domain with a 78% share in Q1 of 2015.

As the figures revealed by the research firm, Android dominates the market with iOS slowly following the lead leaving behind the competitors with a much meager share.Samsung has been seen tapping the opportunity with low to mid ranged offerings targeting the Android obsessed audience. Apple despite the notable decline in the numbers, enjoyed taste of success due to the consumer’s insatiable appetite for brand allocation.

As per the statistical details by Neilson, the consumers’ preference for researching and gaining knowledge has been undergoing a drastic change and this has been visually impacting the marketing strategies of Business Analysts and Revenue Architects.

The preference of consumers for mobile applications has been gaining ground and is being eyed to be a major strategic input to the brands. More and more companies are seen moving into applications for targeting the app-savvy audience. Some are accepting it prudently while the others who were being apprehensive at the beginning are switching sides in fear of losing the battle.

Get ready to Rule the ROOST

The quintessence of all the surveys revolves around the booming demand of application development in the coming years which has the potential to upscale and even provide a new direction to the careers of many IT professionals.In its career and job projections for 2015, Dice highlighted the application development skills to be a major persuasive factor in IT hiring, which is expected to be upgraded by the companies globally.

Professionals and even amateurs Application Developers can pump up their scope further by achieving the right insights and gaining the knowledge through training’s and skill building sessions bring offered by pioneer institutions. The obvious choice would be to pick up a route and then make the judicious decision to enroll for Android Development Training’s or iPhone App Development Online Training depending upon the personal choice.

Bringing the right offerings at your doorstep, Multisoft Virtual Academy has been playing a significant role in shaping the career graphs of many professionals in the industry. Trusted by millions globally, the institute is known for its flexible learning mechanism. The offerings include both Android Online Training and iOS Application Development Training’s to cater to the diverse segments and provide a skillful adventure for all passions.