An immense increase in usage of mobile devices has changed the lives of many. Now, every task has an App associated with it and every business is moving ahead with the theme of providing more and more Applications to make users’ lives easy and in return earning profits. 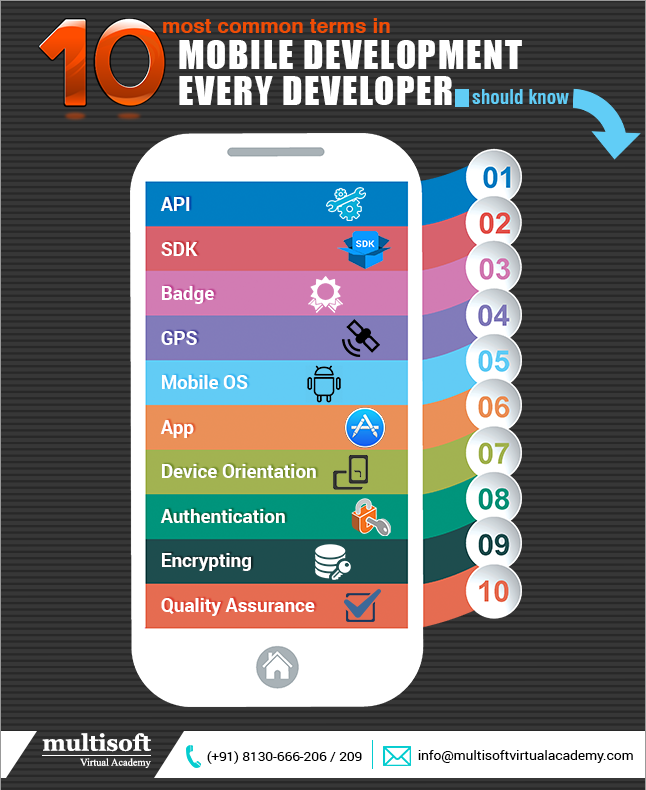 With increasing demand of Apps, the demand for Developers has also increased, as everyday a new App hits the floor and aims to top the charts in App stores. But, Developers needs to be aware about some of the terms that they will make use of, while developing the Apps; however, these terms remain the same regardless of the platforms. Some of the widely used terms amongst the Developers are:

Every Developer needs to be aware about the above techno-jargons; instead, there are many more to go. But along with this, deeper knowledge of how to effectively work on developing the Apps to meet the needs of end users is a necessity. The ones who are aspiring to make career in the Mobile App Development  domain can opt for a formal training to increase their understanding about the concepts needed for Application Development.