Blog » An Overview of the SAP ABAP certification program

ABAP (Advanced Business Application Programming) is the fourth-generation programming language that is widely used for the development and customization purposes in the SAP software. It is one of the most popular enterprise programming languages industrialized by SAP and used by the biggest organizations in the world to run their business systems. Currently it is positioned along with Java, as the chief language for SAP application server programming. This course consist the following topics: 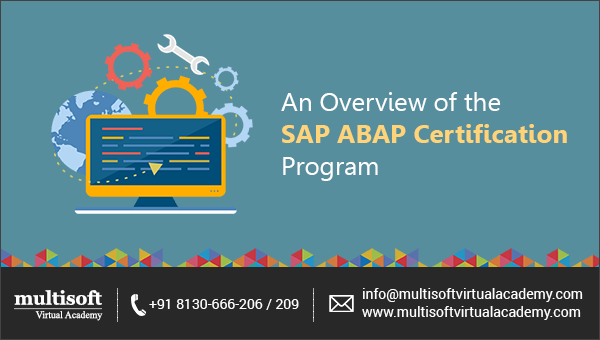 This is a high–level programming language mainly used for building business applications. It helps the participants in achieving career rise as most of the SAP’s applications and schemes were written in ABAP. This course makes you enable to develop codes for programming on the Application Server irrespective of the module. After the completion of SAP ABAP Training course, you will be able to:

The exam paper of SAP ABAP certification covers 80 questions that you need to answer in 3 hours. Each question is multiple-choice and there is no negative marking for the wrong answers. SAP ABAP certification score is counted in percent. Practically it is very difficult to achieve a 100% score not only because you might not know few ABAP topics, but also because some questions are formulated in a confusing manner. But don’t need to worry that much about it because the passing score for the certification is around 60%.