Project Management Professional (PMP®) is the most prestigious and in-demand credential for Project Managers globally. The PMP® certificate is the strong validation that the professional holds enough experience, education and competency in order to efficiently direct projects of variegated nature.

PMI®, the authoritative body for conducting certification exam and awarding the credential, announced major changes in the PMBOK® Guide version 5. The current version, which is PMBOK® Guide version 5, will remain active till 11 January 2016 giving way to the newer version and hence it has become the next mission of PMs globally to get in-depth understanding about the major alterations and changes in the newer version. 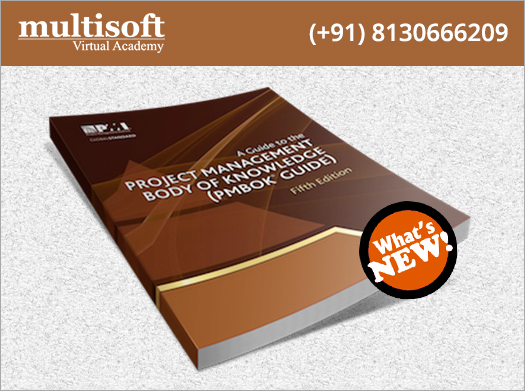 Where did the change in PMBOK®start?

The recent Role Delineation Study (RDS) by PMI® provided a new updated description of the Project Management Professional role. The research, which included a survey of active Project Management Professional credential holders and the challenges they face in the real time, forms the basis of the necessary updates in the PMBOK®. Consequently, the newer version is loaded with several additions in each domain making it more relevant and up-to-date.

RDS is usually conducted at an interval of 3-5 years which ensures that the exam is in line with the most updated requirements.

Major Changes which will impact the PMP®Exam

Each domain has undergone certain changes. As per the new framework:

Domain 1: Initiating the Project Let’s have a look at the major changes which will have a direct bearing on the examination for PMP®.Following is the list of the newly added content in all the domains (source: PMI® website)

Three new tasks have been added:

One task has been added:

Two tasks have been added:

Domain 4: Monitoring and controlling the Project

Two tasks have been added.

No new tasks have been added.

The additions in current version evade the possibilities on inconsistency and other bottlenecks in the process and at the same time widen the scope of the overall process.

11 January 2016: Last date till the candidates can take the examination aligned to PMBOK® 5 older version. After that only the new version of PMP® exam will be administered. This does not mean that the process is altered. The requirements remain the same for PMP® examination.  The reporting format and the process remains the same as previous.

Candidates looking forward to crack the PMP® certification with the older version of PMBOK®5 have got a relatively short span of time to make the move.  Whether you are looking forward to hit the existing version of PMBOK®5 or get in grasp with the newer PMBOK® version, getting enroll in an accredited preparatory program can solve a lot of problems. Multisoft, being PMI®’s Registered Education Provider (REP), provides the insightful training’s and workshop which goes a long way in easing your certification journey. Stay tuned for the upcoming PMP® certification courses!