Blog » Why the market is hot for the Professionals with Ethical Hacking Skills?

If you are looking for the right time to get into the IT Security field, do not wait anymore. As per CERT-In, the Government Nodal Agency which deals with cyber-crimes, India is in need of 4 lakh Ethical Hackers. The recent market surveys conducted by various job sites have also revealed the rising demand for the IT Security professionals, which currently outweighs the actual talent available. This has created a lot many opportunities for people eying at a career in this industry.

The term ‘Hacking’ has garnered a lot of wrong connotation for itself. The discredit goes to the evil practitioners who make use of their skills to break into others’ systems for gaining information and using the same for malacious purposes. Now add the word ‘Ethical’ before ‘Hacking’ and that’s how it starts making sense. The phrase ethical Hacking’ has radically evolved over years and today has become the center of global attention by industries and governments alike.

Forty two million Indians were hit by cyber attacks in the last year which resulted in $8 billion financial loss as recorded by corporations. The numbers, that are huge, have kept on escalating with the passing years. This is the main reason behind growing importance of Cyber Security. Corporates and even government bodies have understood the importance of Ethical Hackers, and the need to strategize ethical covet activities to save themselves from security breaches.

The future is hence bright for the professionals with ethical hacking skills. For those who are looking forward to better prospects in the IT industry, a Ethical Hacking Online Course can prove to be quite rewarding.The following chart shows the payscale of the different roles across the industry. 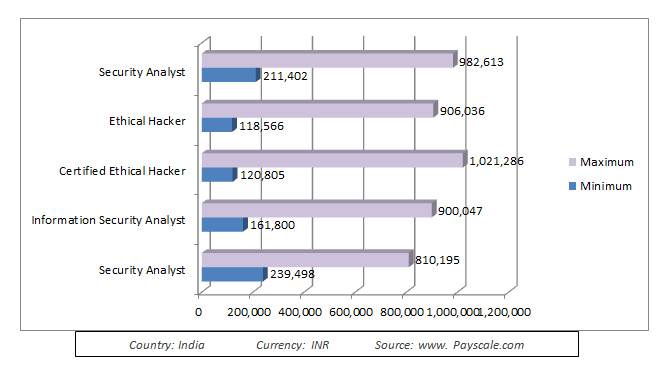 The big focus of an Ethical Hacking Training program is to provide understanding of social engineering which plays a great role in manipulating the individual’s account. Previously regarded to be a shady career option, Ethical Hacking has witnessed grown prominence in the industry. With the availability of online and short term industry-focused programs specializing in Ethical Hacking, candidates now have an easier way to obtain the required information and gaining prerequisite skills.

As it is often said, “Strike the iron while it is hot”! On the same lines, upgrading your skills right now can reap gratifying career benefits.

If you can’t beat them, join them!

This is probably the mantra which has prompted corporates to hire ethical hackers for safeguarding their secrets and confidential data. Definitely not the social night owls as they are portrayed to be, these cyber James Bonds have become the necessity for securing data transmission.Be it a small corporation or a big enterprise, every one now requires these cyber geniuses in their team.The figures as depicted by the graph below will provide an approximate worth of Cyber Security professionals which the companies are ready to pay. This is probably one of the reasons why Ethical Hacking programs have become the most demanded ones in industry. 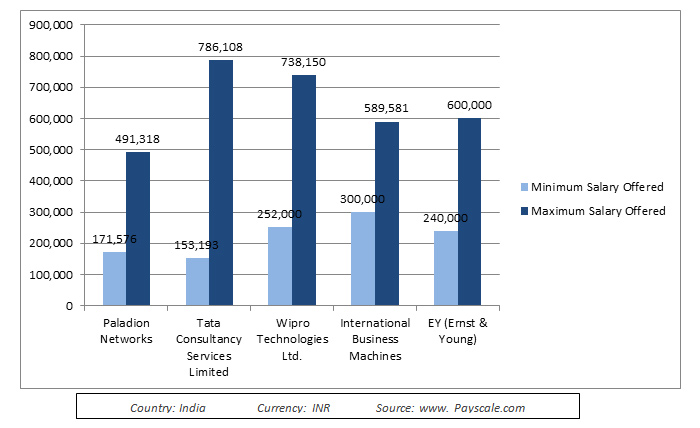 Make the smart move and gear for a promising and enriching journey with Multisoft Virtual Academy Ethical Hacking Online Training!