Software testing is an important process in the entire SDLC for seamless performance of the software, as it facilitates flawless bug fixing with automated tools. The software testing procedure is made effective to avoid the entire repetitive task involved, in the analysis of software development. 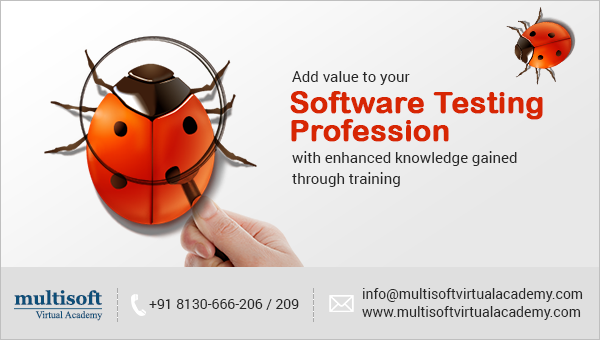 Black box and white box testing: Best known as behavioral  testing and structural testing,  this  covers the entire testing life cycle at all levels. Black box testing  is done without looking into the details of internal code structure whereas the knowledge of the internal software and code functioning is required in white box testing.

End to end testing: This test the complete application as a whole that is proportional to the real world use as it employs network communication and hardware interaction.

Security testing: This rest ensures the database against all kinds of unauthorized hacking.

Alpha and Beta testing: This testing process is done at the end of the software development to incorporate minor design changes and end-user’s satisfaction prior to releasing the application for the commercial launch.

Testing Software offers multiple advantages comprising of improved accuracy, timely delivery of large and complex projects and reliability insurance. A valid software testing certification can enhance the credibility of software testing professional embarking a fresh career in the software production industry. Individuals, students and professionals that are career focused can make a shining career in software testing to get recognized by the top notch employers and subsequently command desired handsome pay package.