Real Time Operating System (RTOS) that promises to provide some defined capabilities that are covered in the specified time frame. It also helps in predicting the unpredictable event along with processing multiple programs simultaneously. 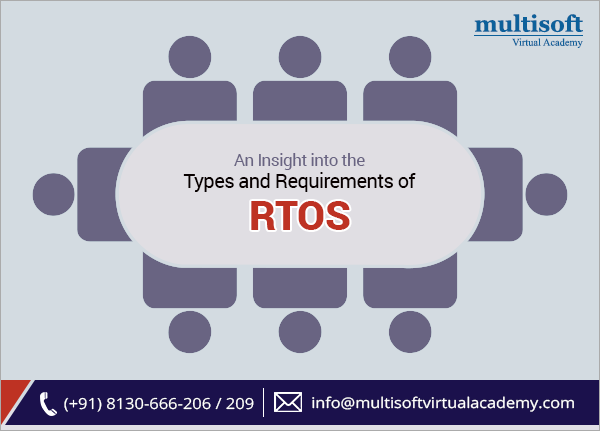 It comprises of two types mentioned below:

The RTOS architecture consists of the following:

Requirements of a Good RTOS

There are certain features that must be possessed by a good RTOS. Let’s get an insight about them:

RTOS is chosen widely by numerous organizations to eliminate any delays that are likely to occur due to buffering. This OS helps in giving the consistency in acceptance and completion of the tasks. Multisoft Virtual Academy offers the RTOS online training course to impart the knowledge about RTOS concepts. The expert trainers also provide an understanding of the Kernel Classification and Embedded Linux.

Also, the  RTOS online training program help to know the various tools required for application development. The aspirants also have an option of getting the demo classes before joining the online training, along with getting the customized batch schedule.