Blog » What to expect from BABOK® V3!

After much anticipation, IIBA® announced the launch of BABOK® V3 Series. The international body which celebrates the professional excellence in Business Analysis and has become the culminating point for crediting the same, which had announced the impending update of BABOK® last year, declared the launch of series on 11thof August, 2015.

Apart from major changes in key Knowledge Areas and aligned tasks, the recent upgrade includes certain important changes in the newer version. These changes range from the introduction of BA Core Concept Model to the addition of the 16 techniques apart from the major alterations in the tasks specified.

Since the understanding about the profession remains unaltered, the ideal candidate would not find the updates much challenging. Still they are significant and require a dose of knowledge to get in grasp with. Only one KA name remains intact in the BABOK® V3. Nine tasks remain same and there have been a lot of updates in terms of name and task alteration. With the launch of the series followed by a good number of webinars and discussions, let’s have a look as the probable changes which the candidates can expect in the new version of BABOK® v3 aimed for IIBA® CBAP® certification.

As predicted, there would be substantial changes in terms of Knowledge areas and the related tasks but not any shocking revelations. Major tasks have not been altered much. In comparison to the 32 tasks in V2, BABAOK V2 has 30 in list, of which some are changed, added or deleted. 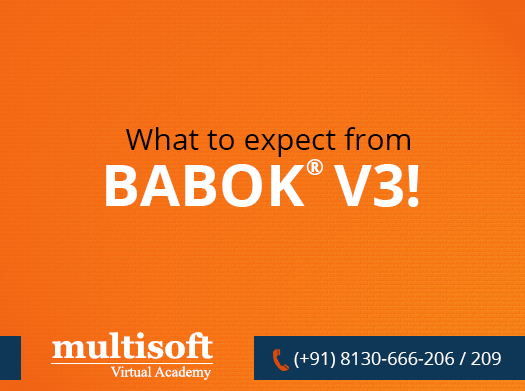 There are some significant changes in terms of Knowledge Areas in BABOK® V3.  The names of most of the Knowledge areas have undergone changes and there has also been considerable amount of alterations in terms of classification of major tasks.

The Notable Changes to look forward in BABOK® V3

BABOK® V3 has broadened the scope of Enterprise Analysis by including change strategies and various organizational transitions, and renaming it as Strategy Analysis.

A total of 25 % change has been reported in BABOK® V3 with eight additions and ten deletions from the older version. The current version BABOK® V3 contains 30 tasks in all. BABOK® V3 has been reported to be better than the previous BABOK® V2 with the necessary refinement in KAs which boils down to a better Business Analysis practice. As per the estimates of IIBA®, BABOK® has grown 50 % from the previous version and currently has 500 pages. It has become a richer and more complete set of information regarding the profession.

Getting in sync with the latest updates in BABOK® V3 is been seen as the next mission for the Business Analysts globally.The first option would be to join the webinars following BABOK® Series by IIBA® to apprise about the major changes and other details about the updated version of Business Analysis Guide Book. The next move would be to join an online workshop or Business Analysis Training courses being conducted by seasoned pioneers like Multisoft Virtual Academy to gain in depth clarity of the concepts incorporated and changes made.

Ensure to enroll for the webinars and workshop to get a fresh doze of Business Analysis from the experts. Visit www.multisoftvirtualacademy.com to get a clear picture.